In Part II, I will show you how to add scene transition to your animation using broadcast message and â€œwaitâ€ control blocks.

The main difference between a Stage and a Sprite is that a Stage cannot move. Other than that, a Stage is just like a Sprite. I am already repeating myself but the following illustration should make this painfully clear.

Both a Sprite and a Stage can think and feel.

Moreover, both Stages and Sprites can send and receive â€œmessagesâ€.

First, we need to design the story board. 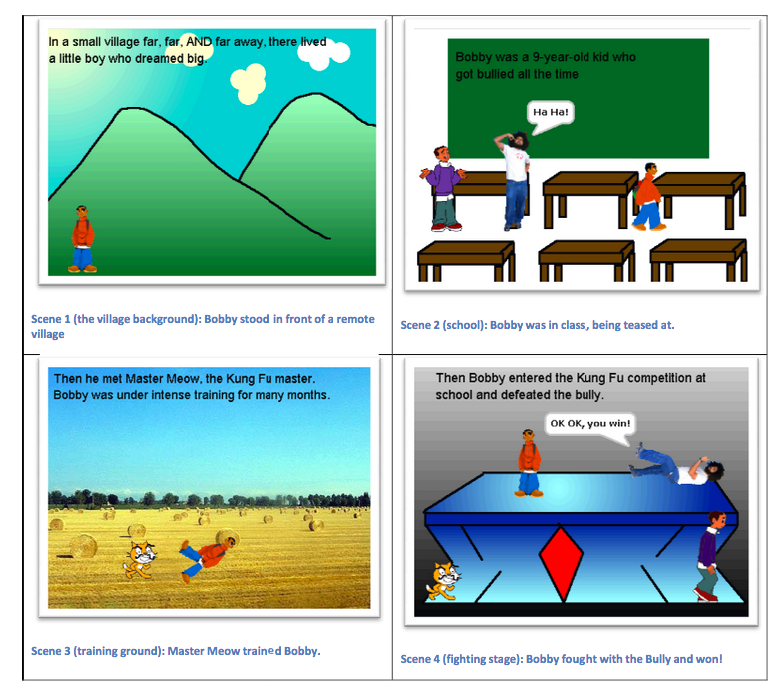 Next, we will use Broadcast Messages to let actors (sprites) know when and where to move.

Each scene has a set of sprites and each sprite needs to know where to go in a scene. Moreover, some sprites do not show up in some scenes. To let sprites know when and where they will go as scenes change, we will use Broadcast Messages. 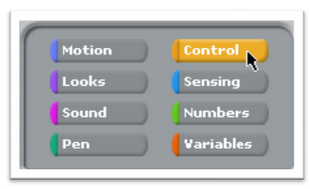 Drag out a â€œbroadcastâ€ block from Control Took Kit and drop it in Stageâ€™s Script Editor. Click the little down arrow and select a message or create a new message.

To create a new message, click the â€œnew…â€ from the popped bubble and then enter â€œschoolâ€ as message name. Click â€œOKâ€ to save this new Broadcast Message. 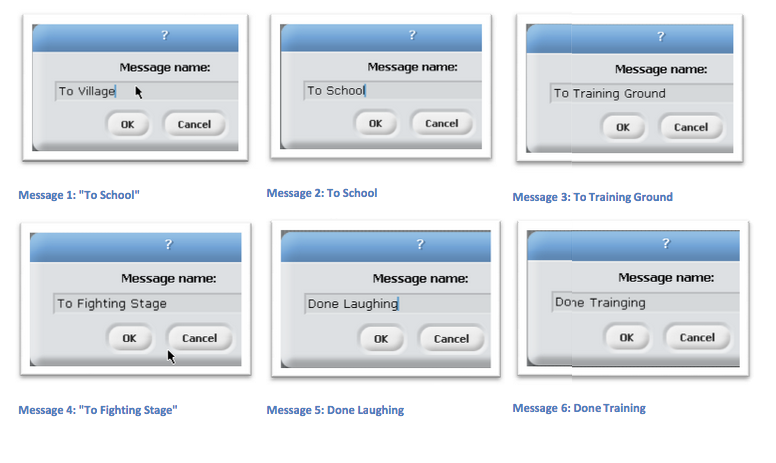 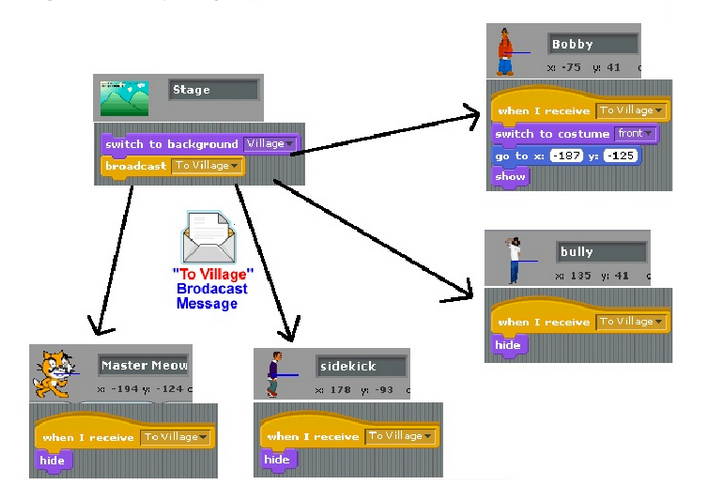 When Bobby shows up on Stage; all other sprites just hide. 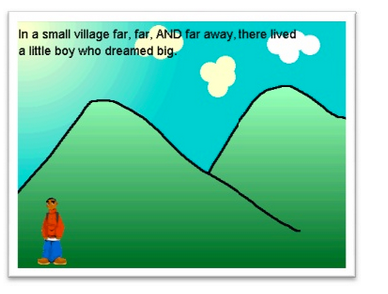