In this lesson, I will show you how to make sprites move to certain locations on the Stage. The Scratch Stage uses X-Y Coordinate System that looks as follow:

To demonstrate how to let sprites move by themselves, we will create a basic scene and three sprites with very simple scripts. A scene, like a movie scene, sets the tone of the story and provides a platform for the characters in the story. 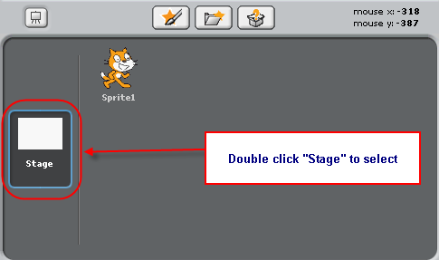 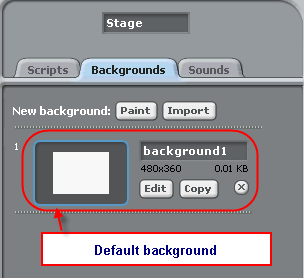 Use Line Tool, Box Tool, and Circle Tool to create outline of two houses and a plate. Then use Fill Tool to fill in colors. When done, hit â€œOKâ€. 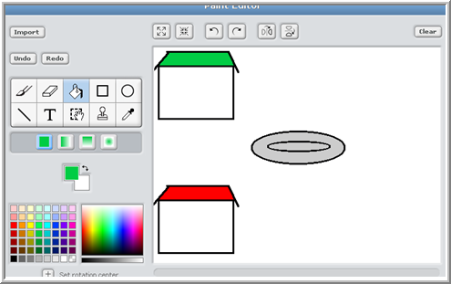 If you have not already, create three sprites: Mr. Meow (use the Scratch Cat), Donut Man, and Donut. Now letâ€™s add scripts so that all sprites will show up in the right places when the animation starts (when the Start Flag is clicked). 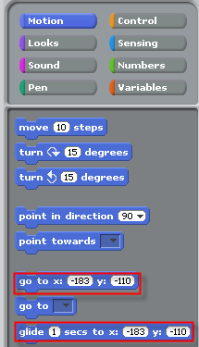 In the same way, create similar scripts for the Donut Man and the Donut.

Below is what result scripts should look like. Note that your x-axis and y-axis values will very likely be different than mine, and itâ€™s OK. 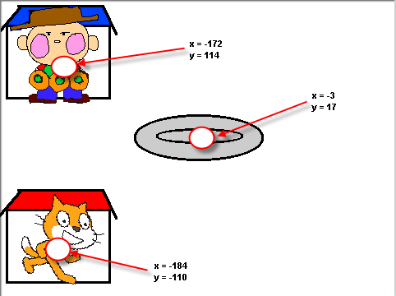 Â  TEST: Move sprites around in the Stage and clicking the Start to see all of the sprites gliding back to their positions.